Description Characters Episodes
Presented in the form of a feverish love dream, 1001 Nights is the first performance of the ground-breaking "Filmharmonic" series, which presents new orchestral works by film composers in tandem with short films made by A-list directors. Nights is the series' only animated work, and plans originally called for the film to be completely computer animated. 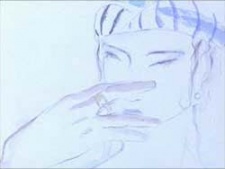 Princess Budu
Because we are making use of some free resources to reduce the main server load, the player can be opened on another domain or showed as a new tab (you have to allow pop-up if you're not using Chrome).
Bookmark(1)