Shunichi Domoto is a talented, sportive 5th grade boy who is used to help sport teams in his school. He enters a Yoyo duel against a bully boy called Benkei to help his friend, Beso, to get back his Yoyo which was stolen by the bully. He beat him, but after that, he meets the exceptionally gifted Yoyoer, Seito Hojoin, who beat him while he ridiculed the Yoyo game. So, Shunichi enters Japan's Yoyo championship to get his revenge from his loss with Seito. Throughout this Championship, he learns new Yoyoing Skills and meets powerful rivals. (Source: ANN)
Characters 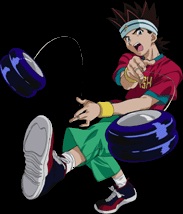 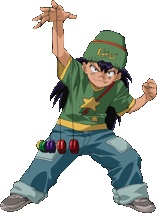 Kogure, Chuta
小暮宙太（こぐれ ちゅうた）
Because we are making use of some free resources to reduce the main server load, the player can be opened on another domain or showed as a new tab (you have to allow pop-up if you're not using Chrome).
Bookmark(0)