Skip to the content
Home Flanders no Inu, Boku no Patrasche

A Dog of Flanders: My Patrasche

A Dog of Flanders: My Friend Patrasche

Description Characters Episodes
A boy named Nello becomes an orphan at the age of two when his mother dies. His grandfather, who lives in a small village takes him in. One day, Nello finds a dog who was almost beaten to death and named him Patrasche. Due to the good care of his grandfather, the dog recovers, and from then on, Nello and Patrasche are inseparable. Since they are very poor, Nello has to help his grandfather by selling milk. Patrasche helps him pull the milk cart that Nello uses to sell milk in the town. (Source: Wikipedia) 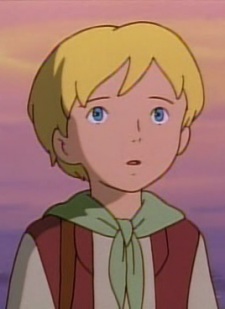 Daas, Nello
ネロ・ダース
Because we are making use of some free resources to reduce the main server load, the player can be opened on another domain or showed as a new tab (you have to allow pop-up if you're not using Chrome).
Bookmark(0)