Description Characters Episodes
Based on the Kaitou Reinya "nonsensical comedy" four-panel manga. Tanaka Reina, a member of Hello Project's girl band Morning Musume, serves as the inspiration for the main character Reinya, a thief that is the stuff of urban legends. Tanaka (Onegai My Melody Kirara's title character) will play Reinya, a girl who wears a signboard for the Faminya convenience store near a police station by day. By night, she is a whimsical thief chased by bumbling police officers, led by the handsome Keiji-san ("Detective," Okano Kousuke) and the cool Keibu-san ("Inspector," Youki Sou). Joining Reinya on her escapades is her trusty assistant, the mouse Chuutarou (Okano). 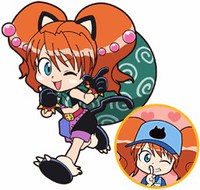 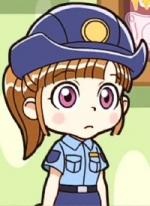 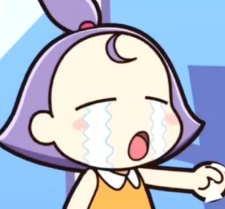 Wappa
わっぱ
Because we are making use of some free resources to reduce the main server load, the player can be opened on another domain or showed as a new tab (you have to allow pop-up if you're not using Chrome).
Bookmark(0)