Sequel:
Kyouryuu Shoujo Gauko 2nd Season
Description Characters Episodes
The comedy series is set in Japan and follows Naoko Watanabe, a typical tween girl aside from the fact that she possesses strange and sometimes troubling powers. When her anger exceeds a maximum level, she turns into Gauko, the fire-breathing dinosaur girl. 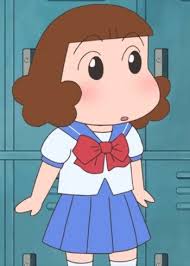 Watanabe, Naoko
渡辺 直子
Because we are making use of some free resources to reduce the main server load, the player can be opened on another domain or showed as a new tab (you have to allow pop-up if you're not using Chrome).
Bookmark(0)