Description Characters Episodes
In the near future, the sports world is dominated by Neo Wrestling, a new spectacle in which Metal Fighters challenge each other to be named champion. The story follows the girls of the Pretty Four; Miku, Ginko, Sayaka, and Nana, as they face off against the current champions, Team Sapphire. With a burnt out drunk named Eiichi Suo for a coach the girls must not only contend with problems in the arena but also unforseen circumstances that arise in day to day life. Only through protecting their friends, understanding their enemies, and eventually challenging their idol Aquamarine, can Miku and the girls understand Eiichi's purpose and the shady secrets behind Neo Wrestling. 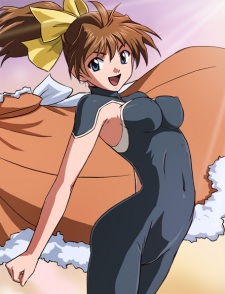 Shibano, Nagoya
芝野 直也
Because we are making use of some free resources to reduce the main server load, the player can be opened on another domain or showed as a new tab (you have to allow pop-up if you're not using Chrome).
Bookmark(0)