Ramayana: The Legend of Prince Rama

Ramayana: The Legend of Prince Rama


A theatrical anime movie of the original story of the epic Indian classical "Ramayana" and a joint production between Japan and India. Prince Rama, one of the four Princes of Ayodhya, will be expelled from the palace through a conspiracy. Rama is banished to the forest for 14 years. A girl named Sita and Lakshman, Rama's brother, go with him into the forest. Ravana, the King of Demons, falls in love with Sita and kidnaps her. In order to save his love, Rama goes to Lanka with the help of an army of monkeys and friends of the forest. A feature film based on a story of true love, friendship, and trust, this anime is about 2 hours and 15 minutes long, with musical elements from Indian cinemas in between.
Characters 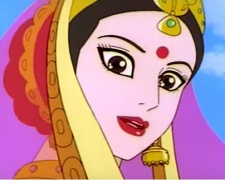 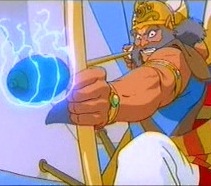 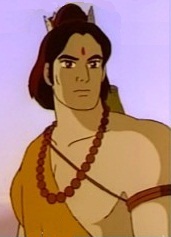 Lakshman
Because we are making use of some free resources to reduce the main server load, the player can be opened on another domain or showed as a new tab (you have to allow pop-up if you're not using Chrome).
Bookmark(1)