The Iron League: a place where teams of robots, under individual "owners", play various sports and duke it out in tournaments. Mach Windy is a member of Dark Prince, a team that doesn't play fair and fights dirty to win. Unsatisfied with the actions of his teammates, he defects against the will of Dark Prince's nefarious owner and joins Silver Prince: the weakest team in the league. Alongside faithful companions such as Magnum Ace and Bull Armor, Mach Windy and Silver Prince will battle against Dark Prince in games of soccer and baseball, and aim for the top! (Source: Animeplanet)
Characters 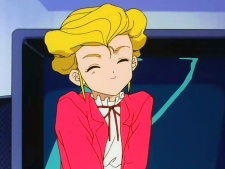 Kritz
クリーツ
Because we are making use of some free resources to reduce the main server load, the player can be opened on another domain or showed as a new tab (you have to allow pop-up if you're not using Chrome).
Bookmark(0)