Yuki Yuna is a Hero


Prequel:
Yuuki Yuuna wa Yuusha de Aru: Washio Sumi no Shou
Sequel:
Yuuki Yuuna wa Yuusha de Aru: Yuusha no Shou
Summary:
Yuuki Yuuna wa Yuusha de Aru: Hidamari
Description Characters Episodes
What does it mean to be a hero? Yuuki Yuuna thinks she knows. As part of the Hero Club in her middle school, Yuuki always does her best, wants to help others, and strives to bring smiles to people's faces, no matter who they are. But Yuuki is about to become a much bigger hero. Mysterious and powerful forces are approaching and threatening to destroy the world Yuuki knows and loves, and it's up to Yuuki and the Hero Club to stop them. Together with her companions, Yuuki uses a special phone app to transform into a magical girl and battle against strange beings called vertices. In between studying and putting on shows for kids, Yuuki has to fight for the very existence of her world. Can five middle school girls really stop the vertices from entering their home world and destroying it? 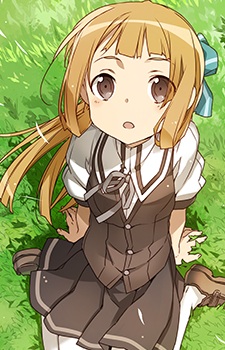 Nogi, Sonoko
乃木 園子
Because we are making use of some free resources to reduce the main server load, the player can be opened on another domain or showed as a new tab (you have to allow pop-up if you're not using Chrome).
Bookmark(4)