Description Characters Episodes
Tells the story of a member of the Universal Peace Corps from the Planet Radion coming to Earth on a mission to determine if this world meets standards for membership in the Galactic Union of Worlds and assist its inhabitants during his stay. While on his mission Prince Planet adopts the identity of an Earth boy named Bobby and gains comrades who work together alongside him combating evil forces both alien and terrestrial. 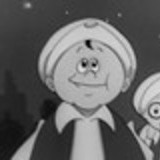 Ajababa
アジャババ
Because we are making use of some free resources to reduce the main server load, the player can be opened on another domain or showed as a new tab (you have to allow pop-up if you're not using Chrome).
Bookmark(0)